Through the fungal experience, we are able to question the concept of “individual” through the symbiotic relationships we come across. A fungus’ myceliar body generates a powerful filamentous transformation network, creating new interspecies structures and dynamic communication and nutrition systems. In these relationships, the parties are able to live in places where neither of them could have survived on their own. One may wonder, then, where does one species end and where does the other begin?

This idea of symbiosis goes against the predominating currents of evolutionary thought from the turn of the 20th century, according to which only the strongest survive in order to fight another day. Upon awakening the symbiotic hypothesis, one can no longer think of evolution solely in terms of competition and individualism, where the conclusion is that species come into existence by diverging from one another. In fungal symbiosis, however, we see convergence.

“The Mycobionts” is an installation that consists of two parts: first are the Fungus Museum’s posters, which represent a symbiotic labor between art and science regarding the Fungi Kingdom. Over its over four years of itinerant existence, the Fungus Museum has appeared and disappeared in different contexts, generating a unique graphic piece for each one of these occasions.

On the other hand, the exhibition also includes a variety of specimens that invoke the symbiotic relationships developed between a fungus, or “mycobiont”, and one or several organisms capable of supplying it with sugar, a “photobiont” without distinction as to kingdom: terrestrial or aquatic plants, as well as photosynthetic bacteria. Together, mycobiont and photobiont, grow visibly on the bodies of mycorrhizae and lichens. 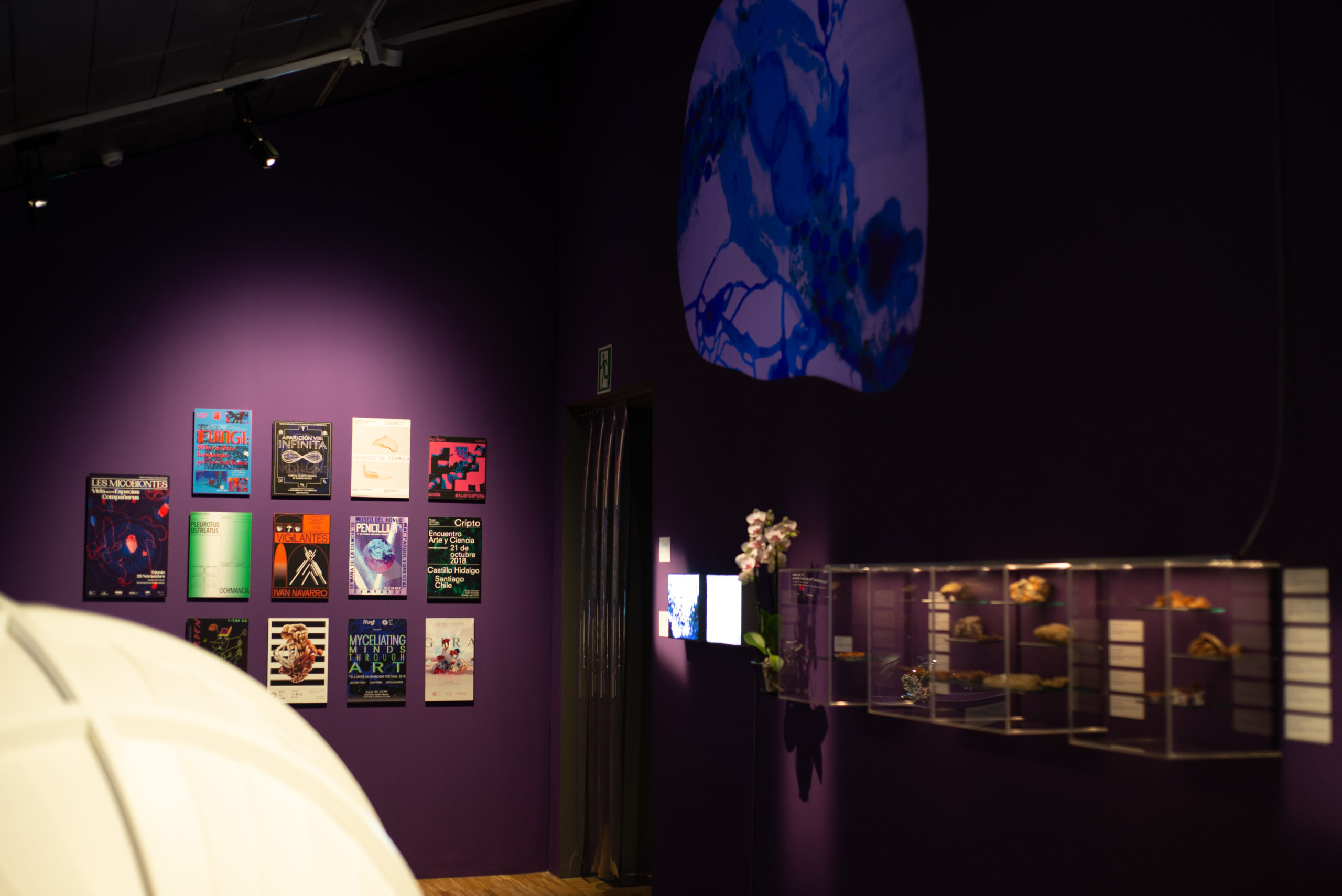 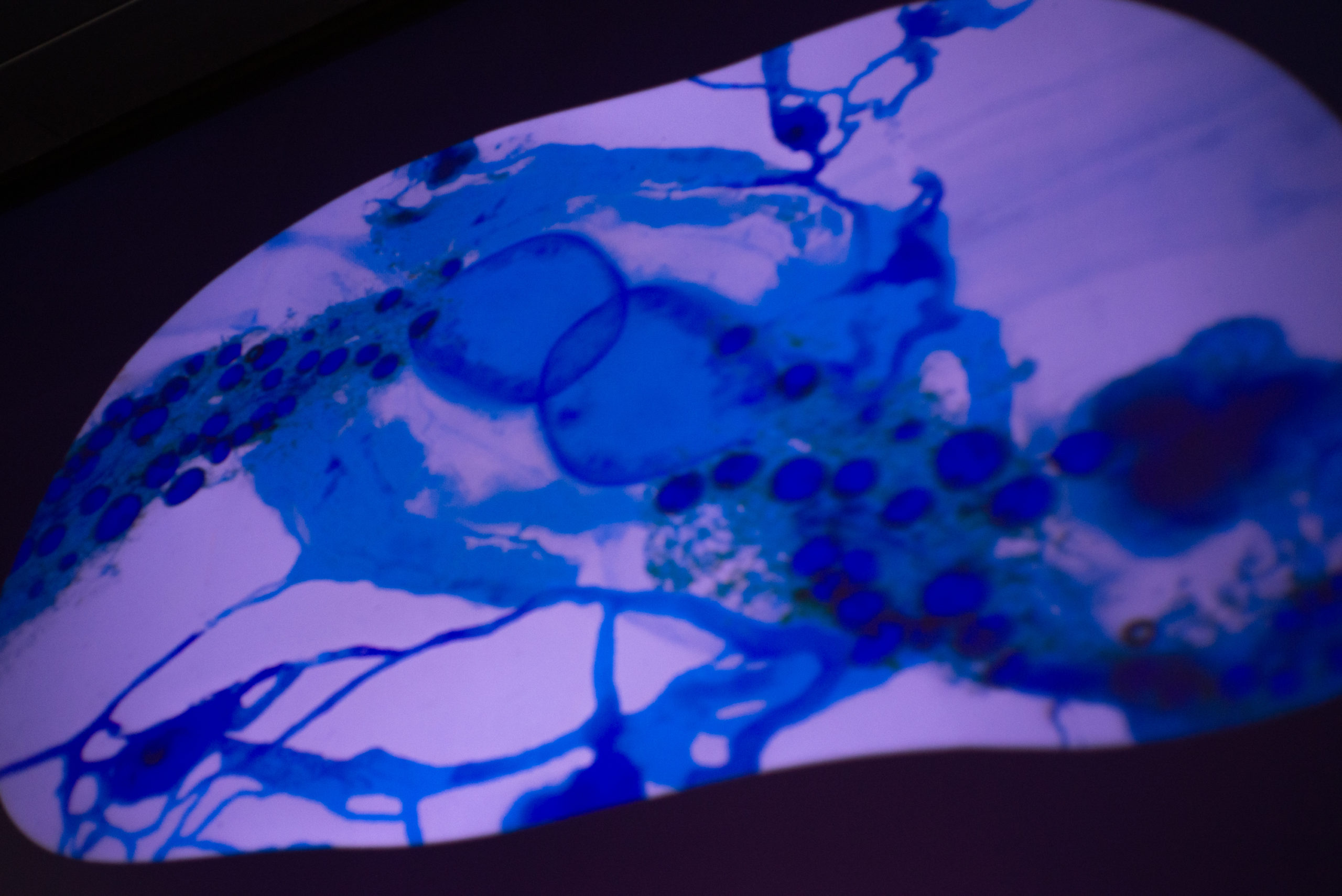 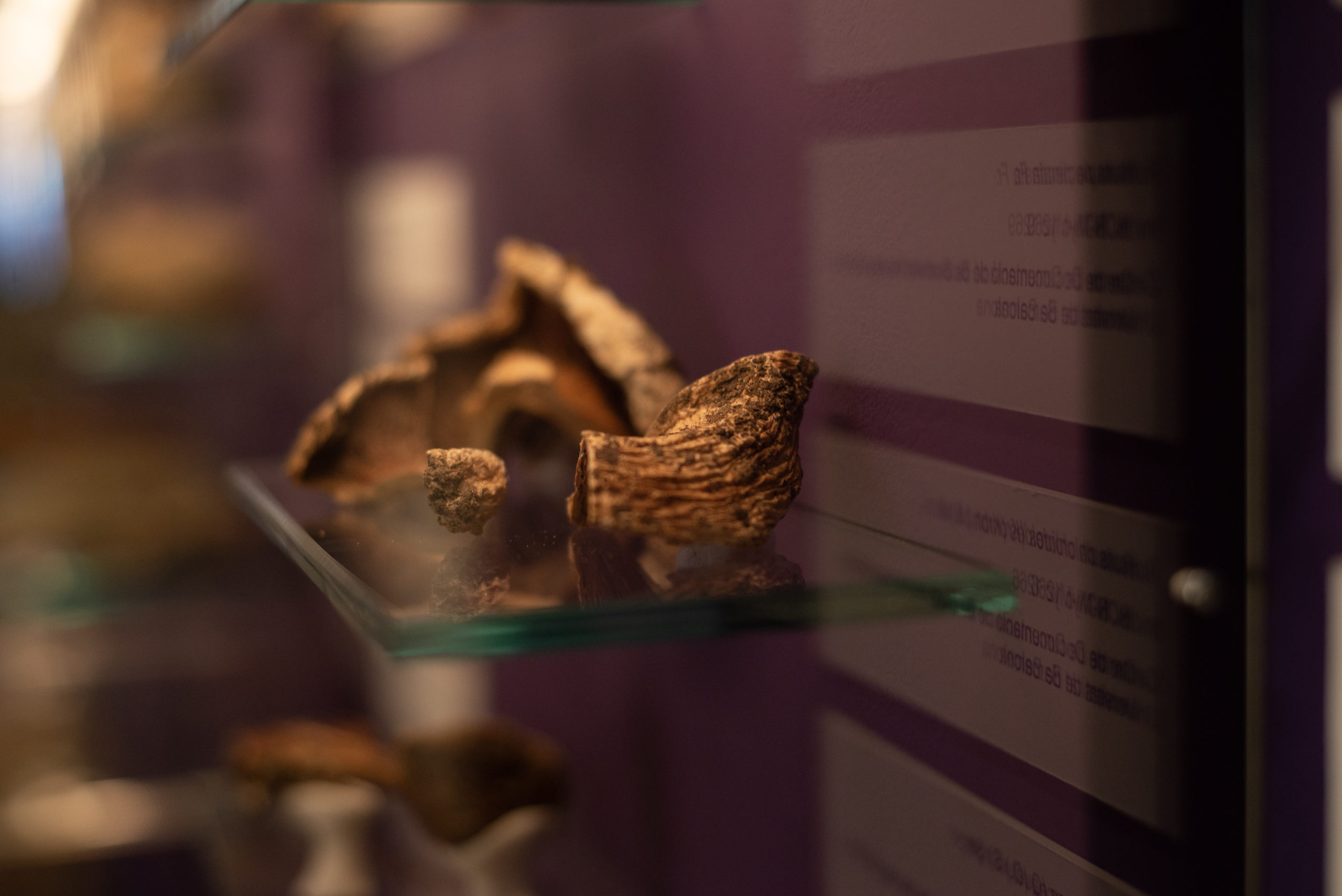 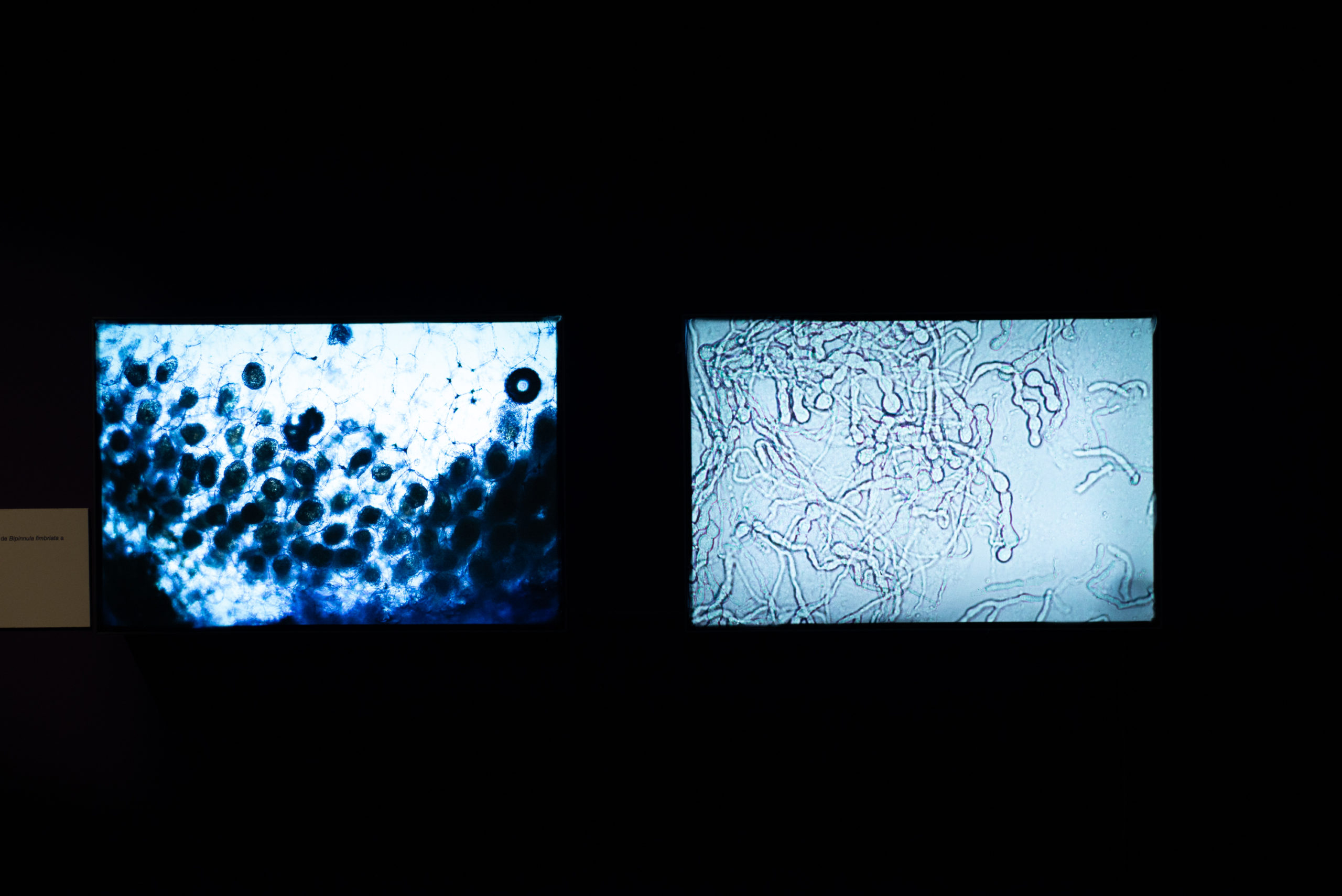 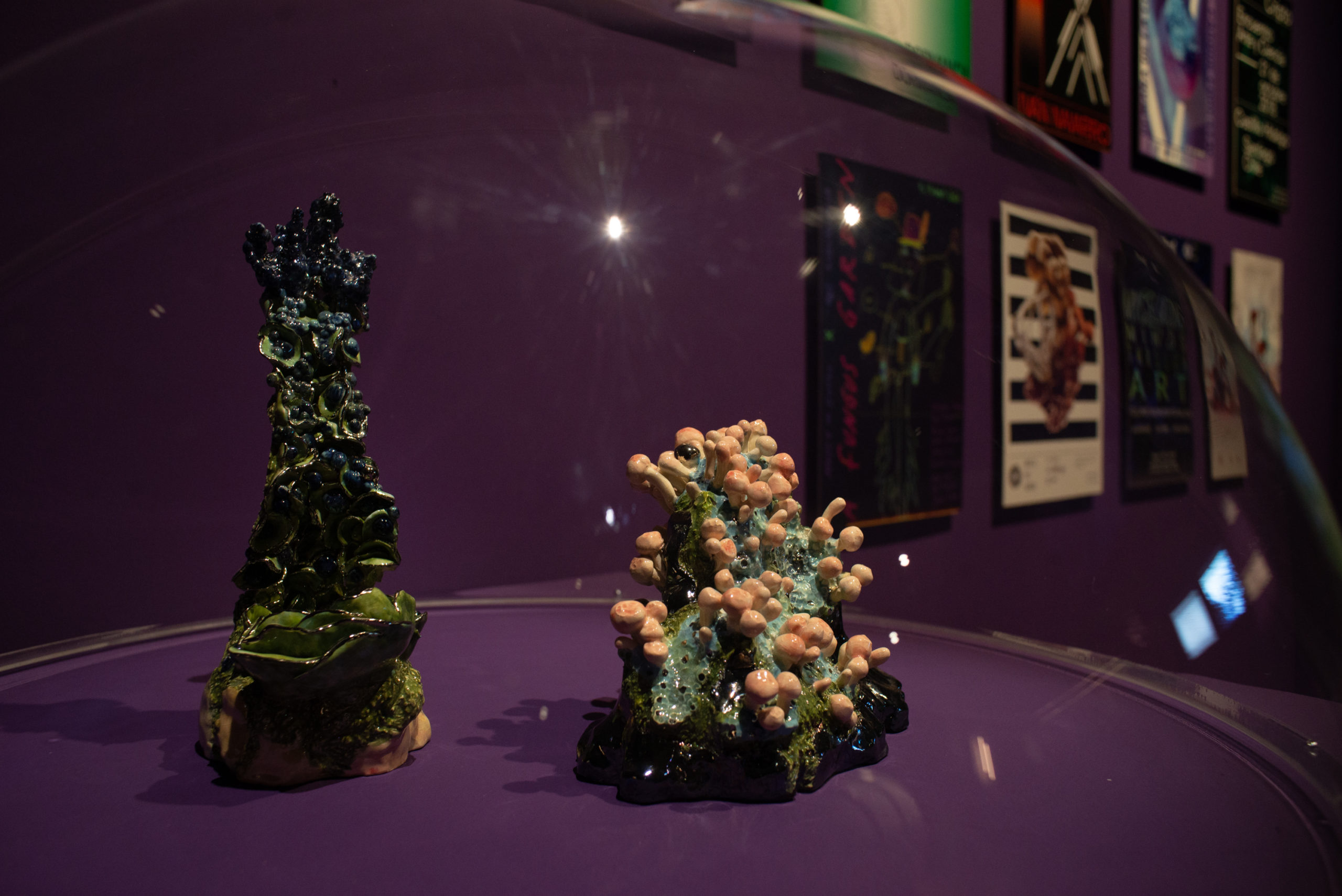 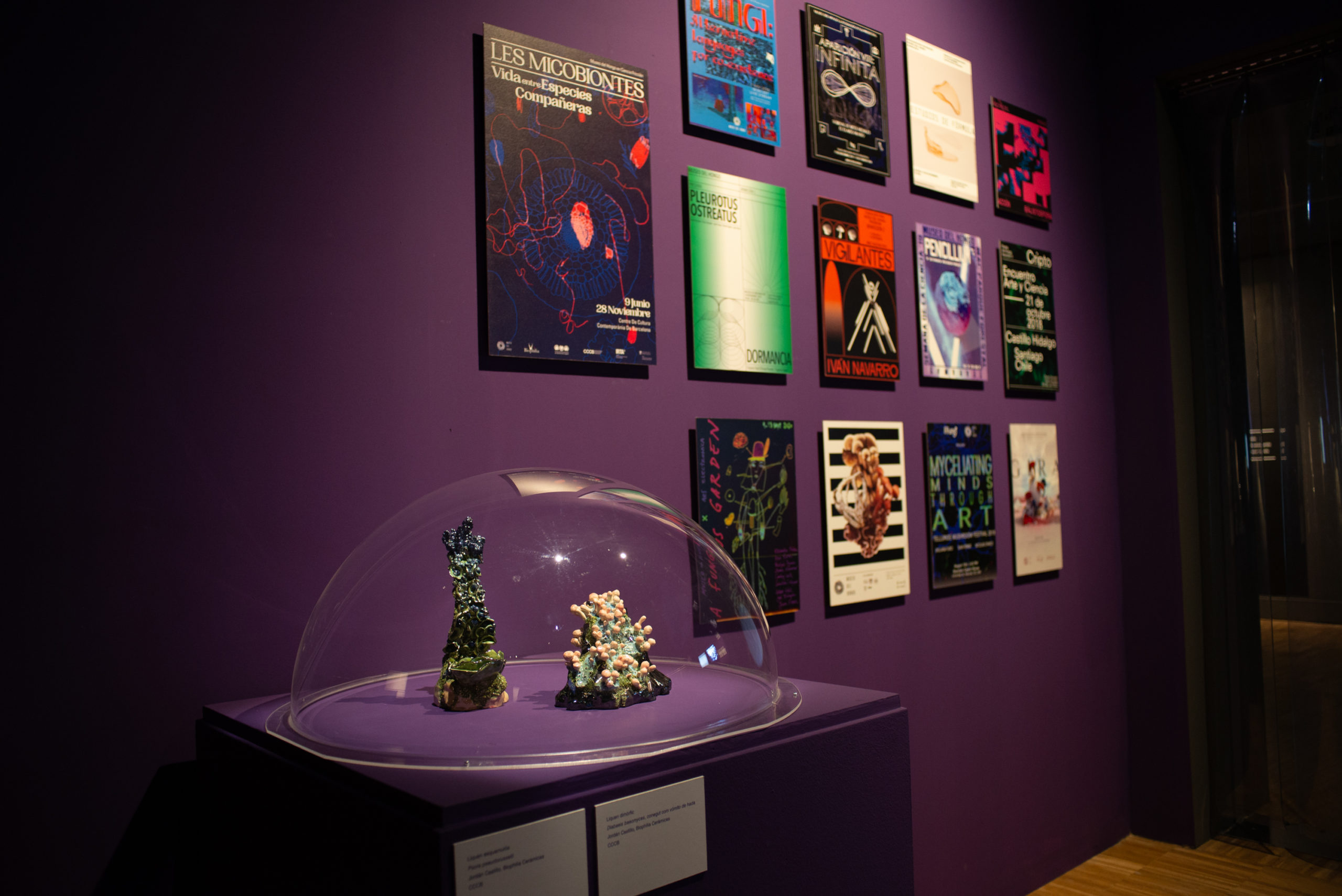 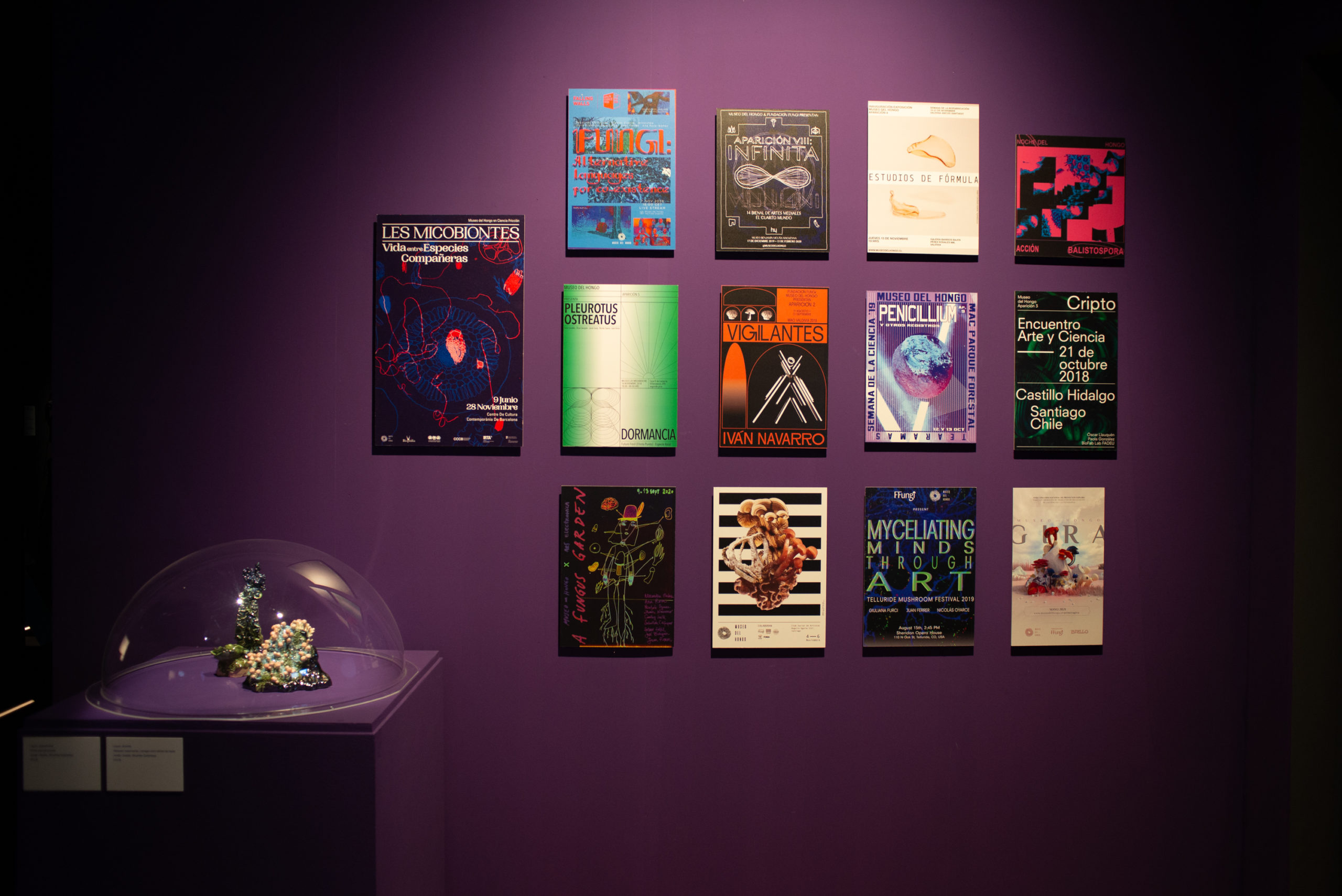