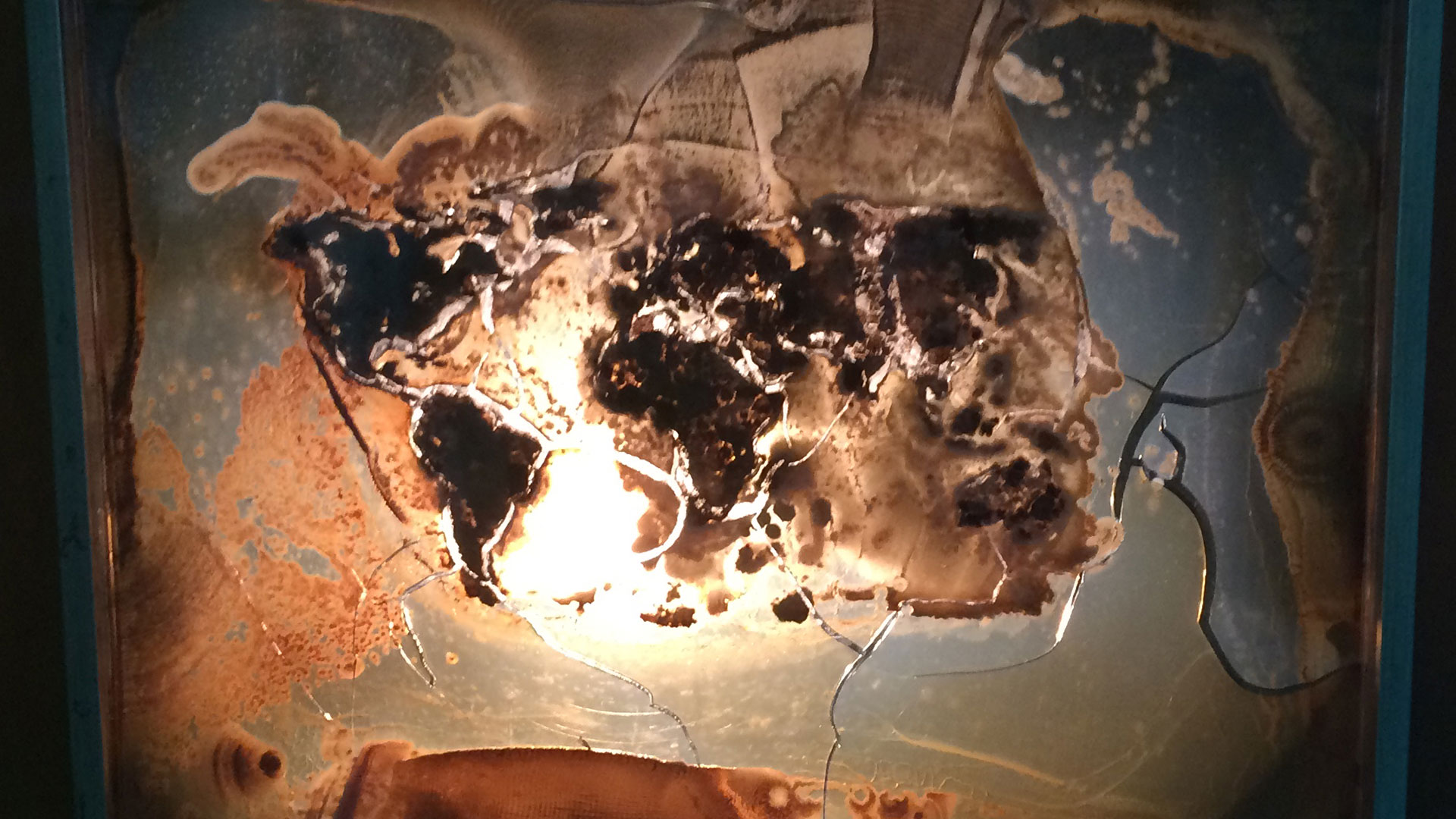 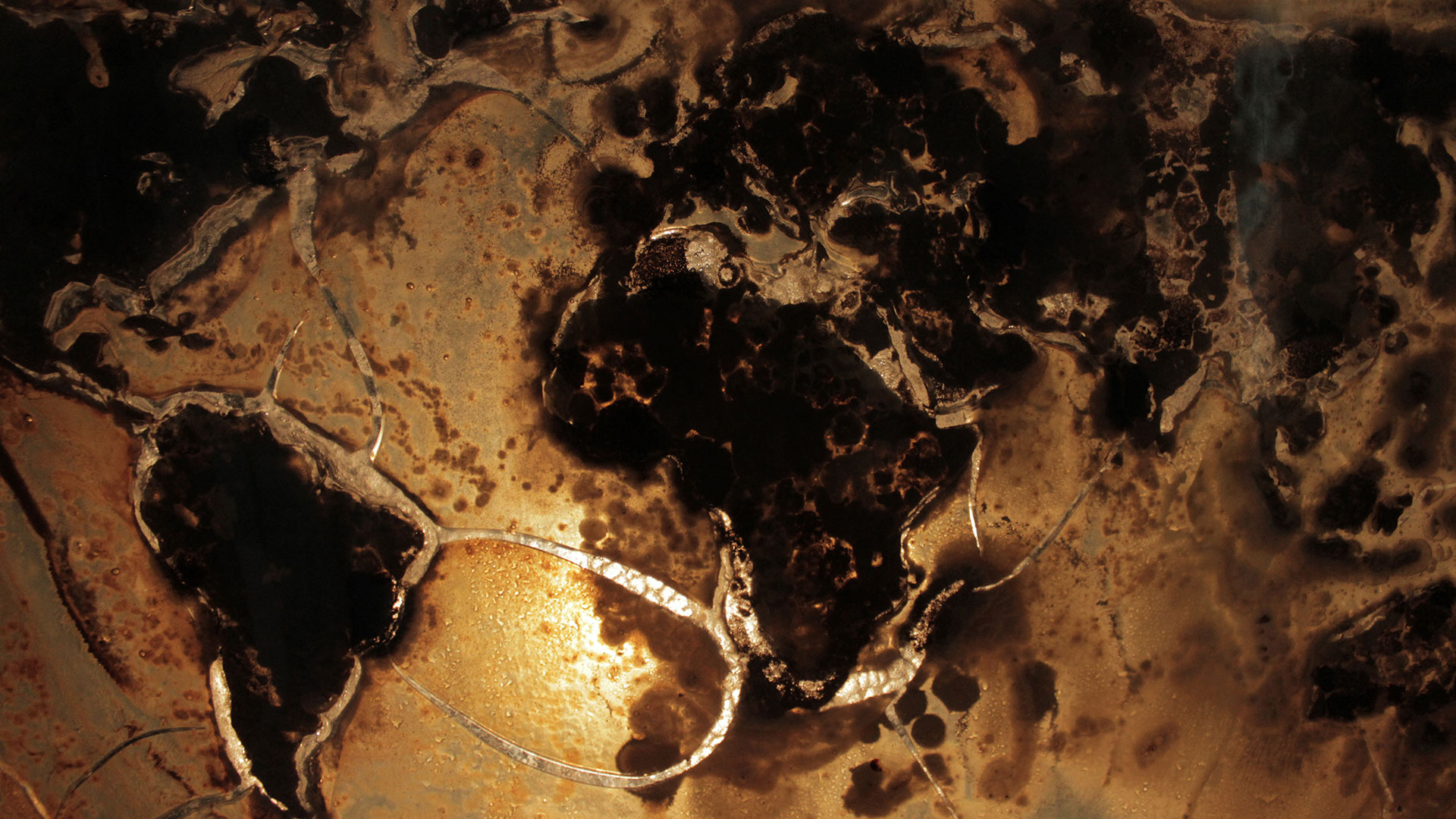 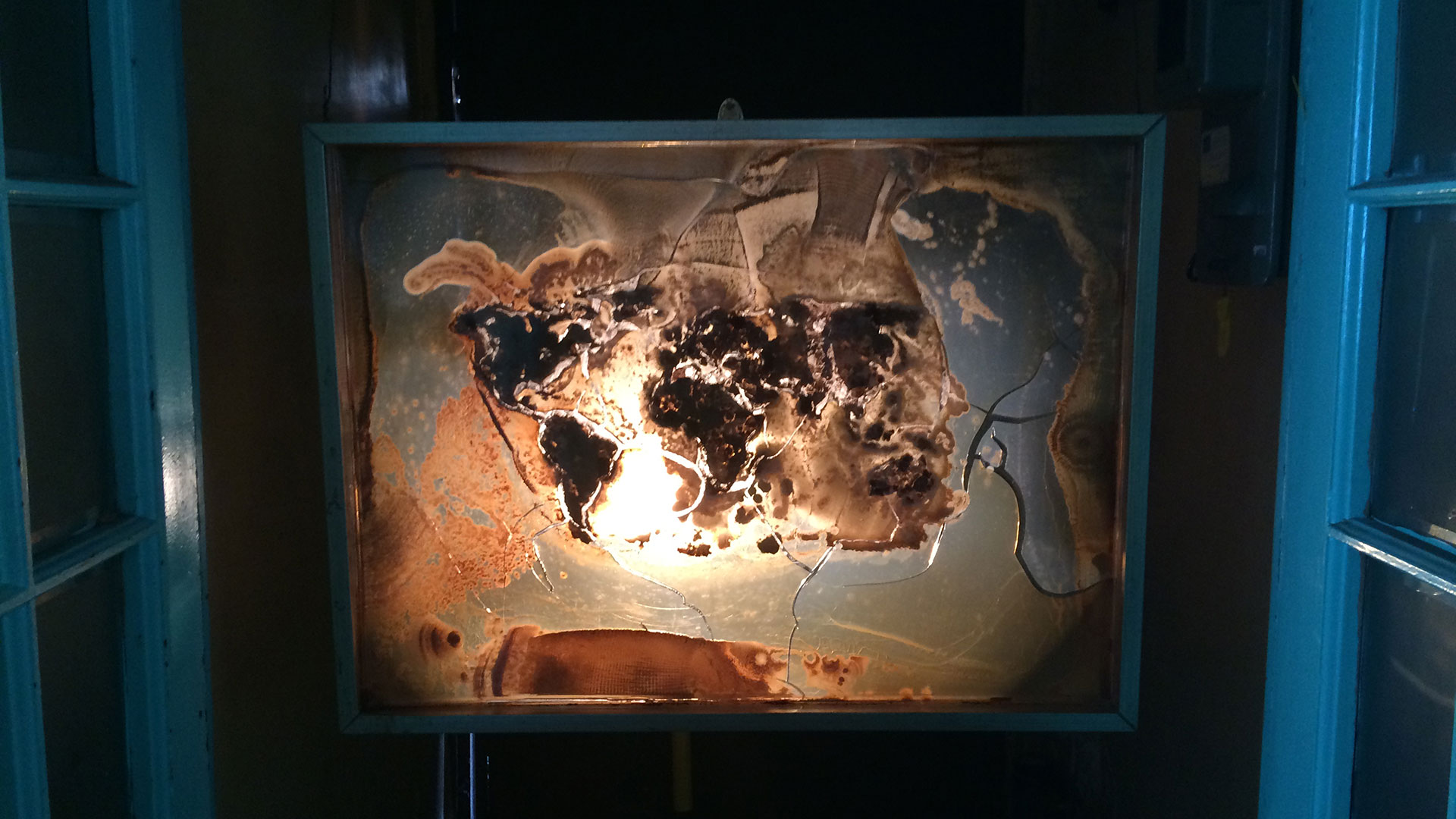 An installation that consists in the cultivation of different types of filamentous fungi inside a glass container. The way in which these fungi propagate themselves draws a representation of the Earth’s surface, a world map. The fungi are preserved in resin, alluding to the idea of a still life. They also form part of an installation that reveals the investigation process behind this piece: photocopies of mycology books, pencil drawings that imitate the growth of fungi, notes, photographs, and laboratory test slides.

This is a project that approaches drawing from organic systems, in this case bringing together a microscopic event with a macroscopic one and placing special emphasis on the relationships between art and science, order and chaos. The piece originates from an interest in the intersections between different sciences, through an interdisciplinary effort that involves people from different areas of human thought. This project was developed jointly with the San Joaquin Medical Center’s Microbiology Laboratory, and received the 2014 Fungi Scientific Foundation Award.