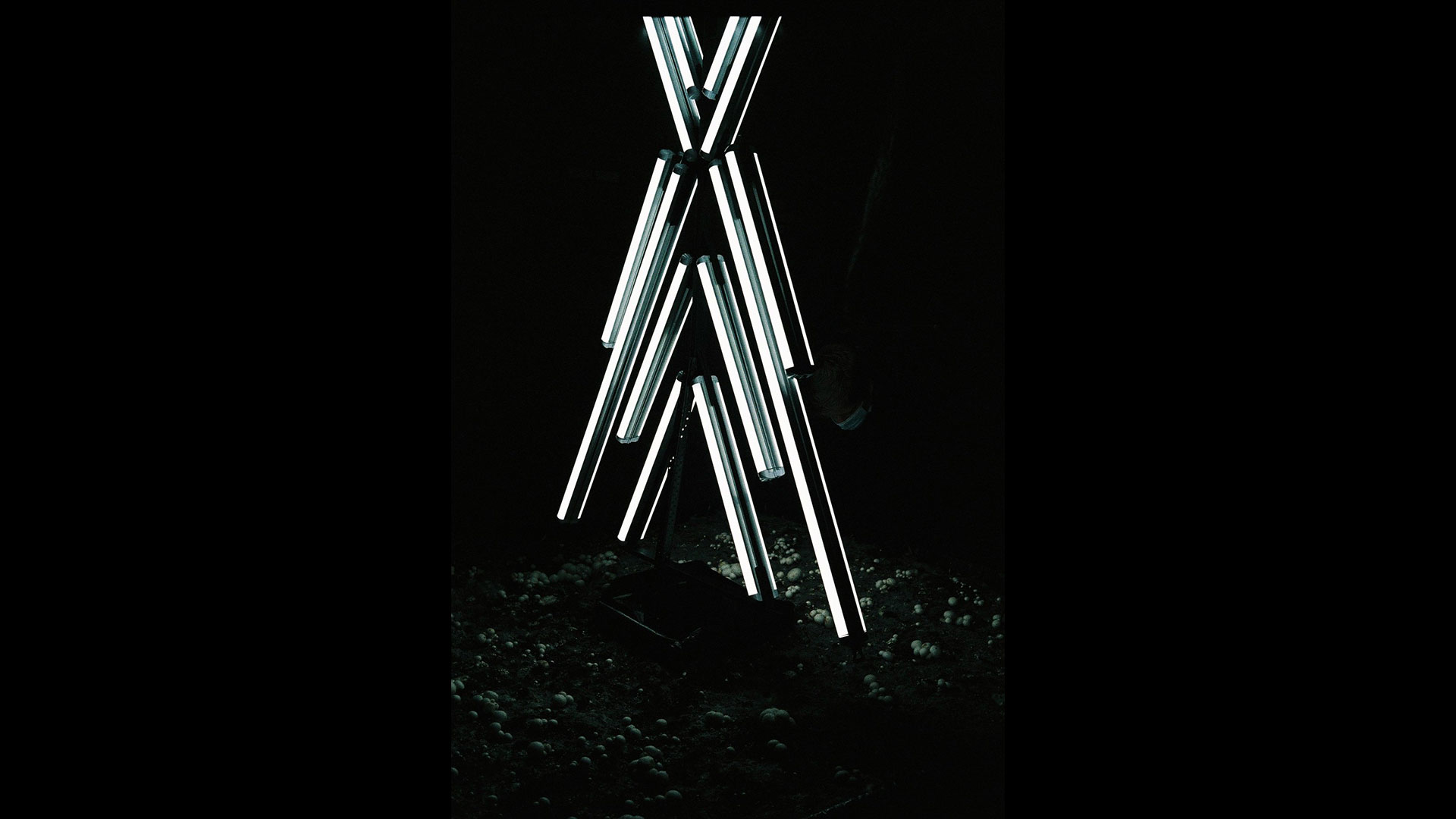 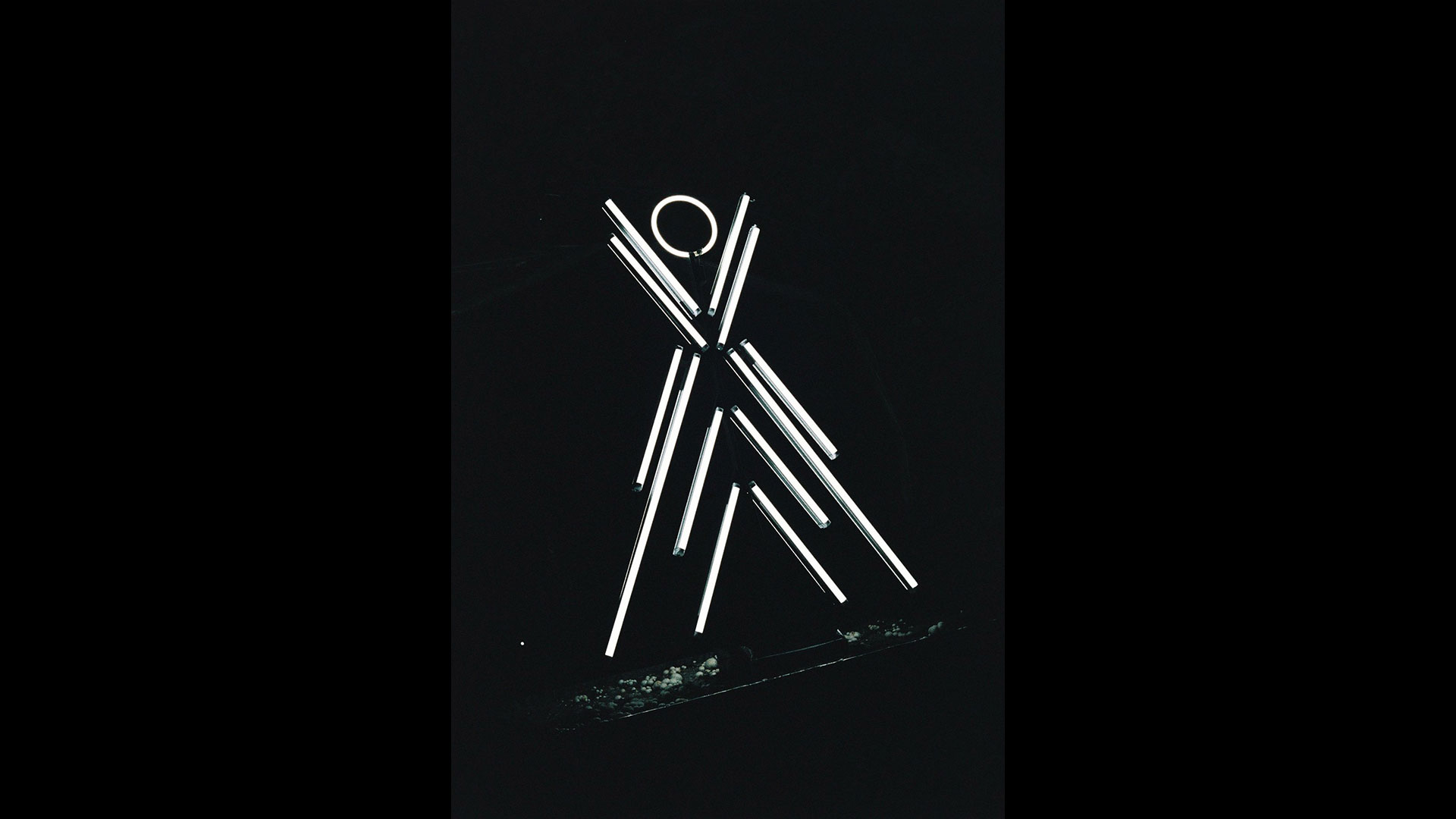 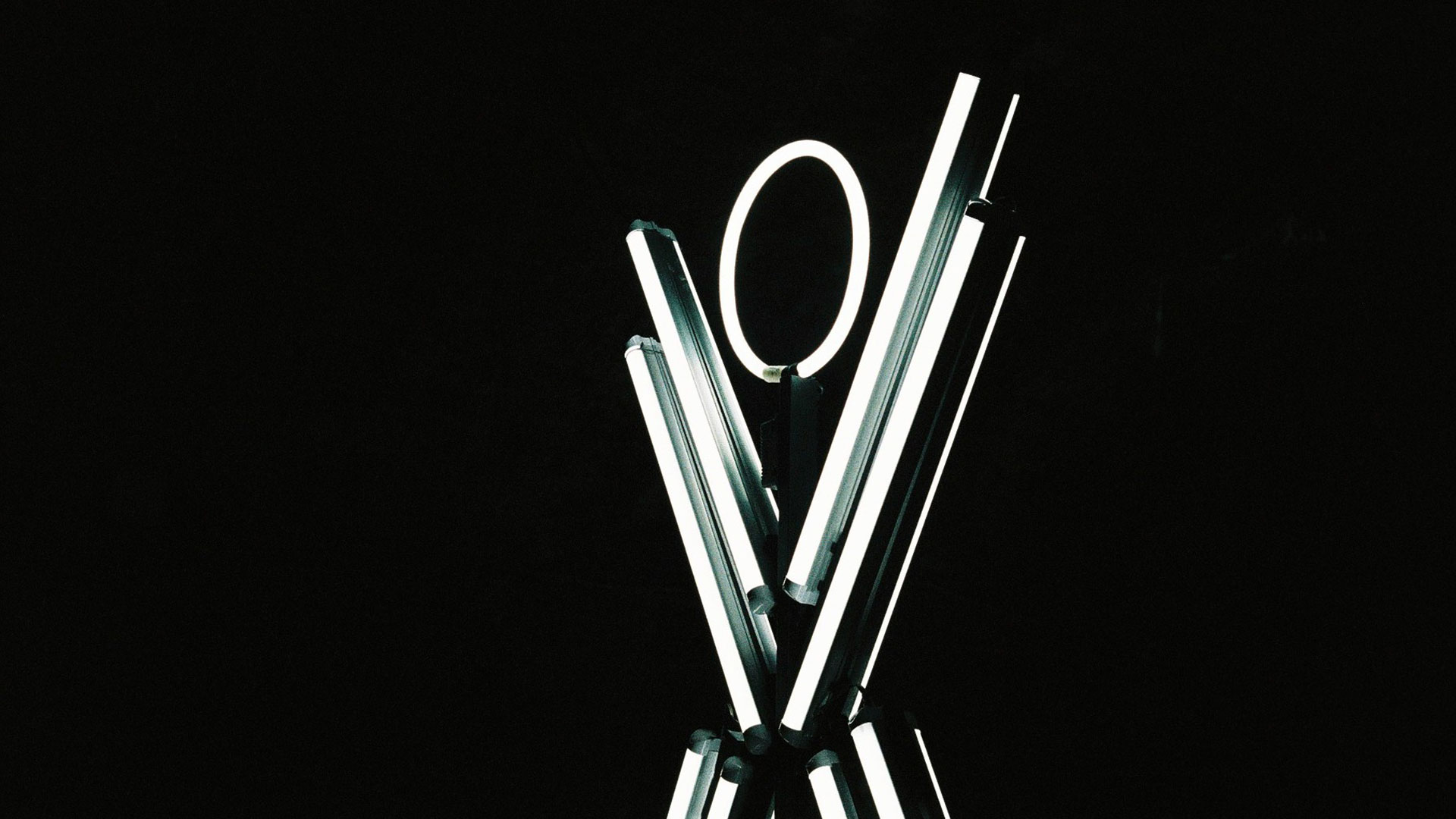 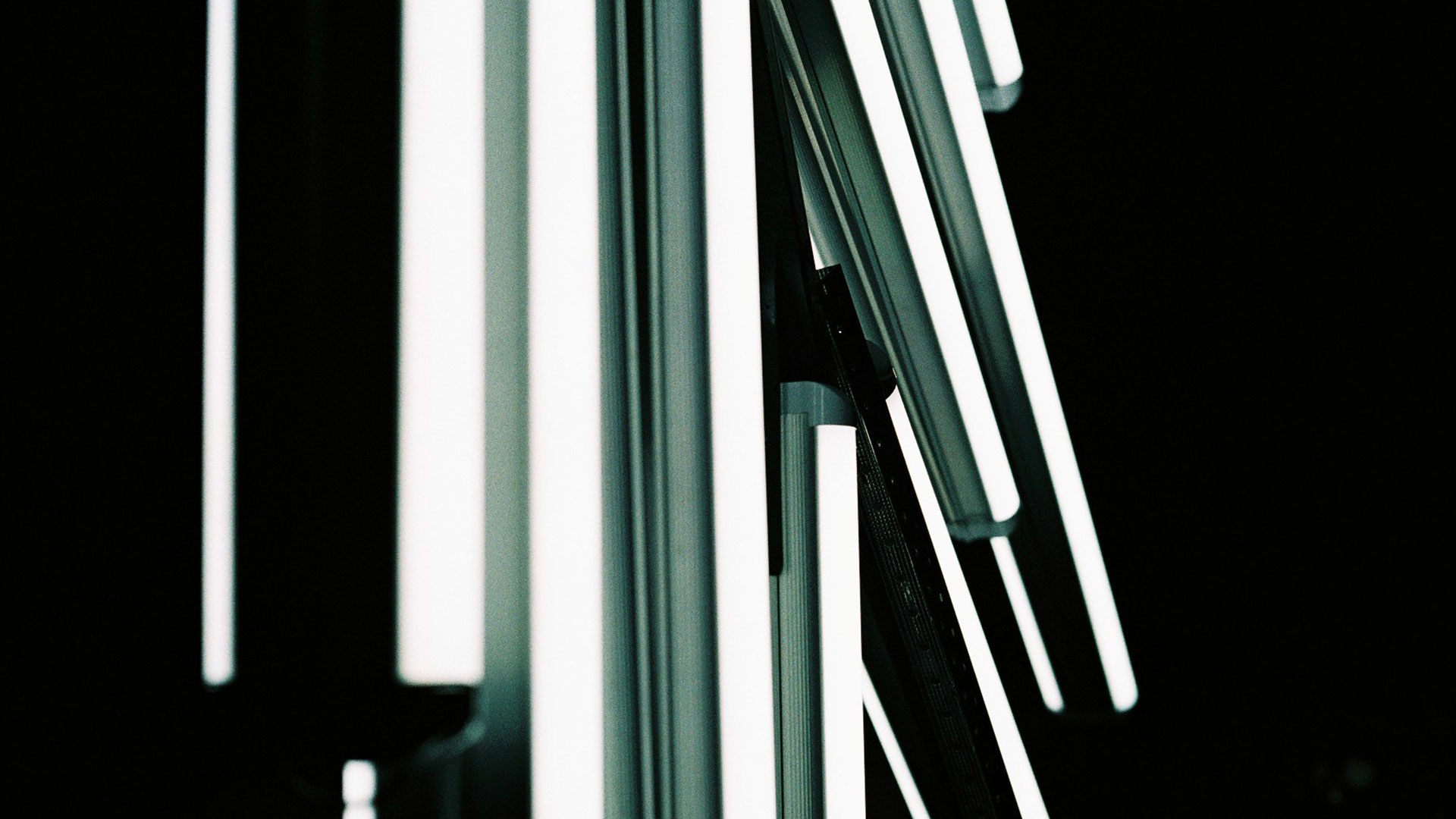 The first watchman illuminates everything around it: the six smaller fungi crops that that precede it and the long cultivation that continues throughout the space. The Watchmen are representations of semi-anthropomorphic figures that stand guard over the Fungi Kingdom. Simultaneously, the concept of surveillance reflects the fundamental task that fungi carry out on Earth: in fact, there are investigations that suggest that fungi were responsible for the transition from aquatic life to terrestrial life.